My “Traditional vs Single” Parenting Truths

I’ve wanted to write this post since I started, but I never did for two reasons:

1) I didn’t want to offend anyone

So considering that it’s impossible to never offend anyone (I promise I will try to do my best), and mentally I haven’t made any progress on how I should write this, I figured I would just sit down and crank this mamma-jamma out. Pretty much Seth is going to take the classic Calvin and Hobbes approach to life with this post. 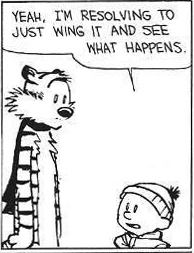 First off, let’s just clear up a few things. One, I’m not the best parent. I think I try, but I know people that can parent circles around me. Take for instance the following example: Last night for dinner, I put my kids in bathing suits brought my kids out on the trampoline and gave them a “kids choice” dinner. This consisted of a cold hot dog and a miniature cupcake. Following dinner, I hooked up the sprinkler under the trampoline (with no safety net) and let them fight with pool noodles while bouncing. All this was happening while I was bleaching and scrubbing our family tent that a stray male cat apparently used is its personal urinal for the past few weeks due to my forgetting to close the outside storage closet properly. After cleaning the tent, I unhooked the sprinkler and gave everyone a backyard hose bath before sending them inside. :D #realife Soap Box Alert: Let kids are freaking kids. Growing up, our generation just played outside, did crazy stuff, and had fun. Parents weren’t insanely overprotective. They just told us how to be safe and gave us rules, and then sent us out to create fun. Hand making rope-swings from trees or just going off in the woods (filled with snakes, wasps, bobcats, etc.) was just part of being a kid. While I’m a big believer in overall safety and parental responsibility, it feels our society has made this giant push for “free range” animals, while simultaneously caging up our kids with a billion overprotective rules and unnecessary devices that tie down and limit their imagination, creativity, and need for exploring. Told you I was gonna Calvin and Hobbes this thang. Whatever comes out I’m just going to freaking type.  End of soapbox.

Ok, now that I have established my “non-pro parent status”, hopefully everyone can just take this for what it is, my own experience on both traditional and single parenting; nothing more or less. I understand there are probably 12,342,864,342 possible scenarios of co-parenting and single parenting. (Married/Un-married, full/partial custody, healthy relationship with other parent/unhealthy relationship, single and active co-parenting/Disney world dad and Mall shopping moms). Again this is my opinions as it pertains to me.

For this post, I think I’m just going to stick with the idea of two people together as a couple/parent team vs doing a majority of the parenting alone. Whew!! I finally feel I can get started ;)

To be honest I feel like single parenting is one of those things that people can’t grasp until have experienced it yourself (like the loss of a loved one, divorce, being homeless, etc.). I used to have so much pity for my single parent friends. In my head, I constantly just felt sorry for them. Little did I know, my knowledge of their struggles were extremely out of touch. It was just drawn on snippets of stories they told, what I saw on tv, and my overall guess of what it must be like. Based on my experience as being a partner in a wonderful co-parenting team and my experience as a sole responsibility single parent, I can somewhat related to both groups. I have noticed that people that always belonged in one category sometimes have misconceptions of the other. Again, this is in no way a judgmental or “I know it all” stance, it’s just kind of how I feel about the subject based on the criteria I listed earlier.

Here are my two honest truths about Traditional vs Single Parenting:

1) The biggest and most draining element of Single Parenting is Loneliness/Isolation.
I always thought the hardest part of single parenting would be finances, not getting “me” time, being overwhelmed, etc. I was wrong. In my opinion, it’s the isolation that’s the worst. Granted I work with amazing people and have amazing family and friends. Mostly though, I was gifted with the most amazing kids ever placed on this earth. Seriously, my kids literally shock me with how loving, creative, self-sacrificing, and hilarious they are. However, all of that that doesn’t fix on that loneliness issue. Granted, the biggest void in our lives can only be filled by God. That hole is filled in my heart, thank you Jesus! But I truly believed humans are wired to parent as a team; however, the roles and duties might differ as each partner from couple to couple. Not having that solid team mate can be soul crushing. As any parent can tell you, the responsibility of raising children can be mind boggling heavy at times. Doing it alone creates this unexplainable feeling of isolation. That feeling always hits me the worst at night, when all the kids are tucked in and asleep.  I feel like I’m a pilot flying a plane solo at night. There are no co-captains, no flight attendant, no air marshals, or crew… it’s just you. I think that’s my point, before I became one, I viewed the main struggle with single parenting as all of the turbulence that the plane is going through, but in reality, I feel the hardest part is being in that dark, tiny cockpit all alone. I can get through the storm, but not having co-pilot to help navigate, talk to, or simply scratch an itch on my back while my hands are tied to the controls makes life extremely bleak at times.

2) Traditional Parenting isn’t necessarily any less stressful –
Some people might not agree with this one, but I honestly (at select times) feel less stress now as a single parent than I did with my previous marriage was rock solid and the partnership was amazing. Here’s why I think that… A true partnership goes all in. They help, build up, support, encourage, and trust each other completely. So yes, when I was married I didn’t have to do crazy things like bringing a giant quilt into Toy-R-us while Christmas shopping to cover the cart and ensure that presents stay a surprise since the kids are with me all of the time. It’s great having a helpmate! Having someone be able to clean or read with the children while I cook dinner is an amazing feeling! My argument on this issue is that while having another parent brings so much support to the table, they also bring their own issues, problems, responsibilities, etc. But these issues are also yours. Remember, we were one. That means good and bad. So not only are you managing children, but trying maintaining a healthy marriage. There is a profound amount investment of time and energy that has to be poured into it. Sometimes with kids, that investment gets overlooked and becomes a challenge. Even the best marriages take constant upkeep, nourishment, time, and sacrifice. So juggling the responsibilities of being a spouse vs parent can be freaking tough.

Also, I feel that we are wired to have stress in our lives. One, it’s impossible to escape it. Two, healthy levels of stress keep our minds critically thinking, our bodies physically working, and also teaches us how to express feelings and emotions in a positive manner. Basically, I think we are wired to take on as much stress as we can handle. This is similar to the idea “The more money you have, the more you spend and the less money you have, the less you spend”. When I was married, we had more resources (finances, free time, and a larger support network).  So naturally as I think we did what we are wired to do. We maximized our resources doing various things, bought unneeded items, took on extra responsibilities, volunteering, etc. I believe I also had different standards on the importance of certain things in my life. So I was running about an 80% stress level based on what I could handle.  Once I got divorced and became a single parent, I lost a lot of those resources. So naturally I made adjustments.  I began to limit and remove unnecessary stressors. I also re-evaluated my standards. By accepting realistic expectations for myself and cutting out extra responsibilities I did not have the time/mental capacity to handle, life began to balance out again. Even though I have more on my plate as an individual, I can still operate on an 80% stress level due to being freed up in other areas.

So in conclusion, by far, I preferred parenting with a partner. If all of the kids are screaming in the van, instead of being solo and getting frustrated, I could look over and see some equally wide eyed  and about to crack. Those always made me laugh and lightened my mood. But in reality, God is good. There are things I have been able to experience and bonds with my children I could have never established in a two parent situation. So be encouraged. Don’t always assume that the grass is greener on the other side of the fence. Sometimes the poop left behind by the other animal fertilizes the ground, which can grow some greener, better quality grass than before. Although… just remember that at first you’ll still have to deal with the smell of that crap they've left behind until it’s decayed.