If you would like to have your story featured, simply email me at sethmegow@gmail.com or message me through the blog's facebook page :DPlease include any pictures you would like to be featured. Also please specify if you want it to be anonymous.

Now I'm not saying it was or wasn't my fault that my kid peed in a Diet Pepsi bottle while stuck in the car on 145 ...but... nevertheless, there we were, my 15, 14, 12 year old daughters watching in dismay as the newly potty trained almost 3 year old BOY does the dance - you know the one of which I speak... the "Well I didn't have to go two miles back at the Walmart ...but now i'm about to explode as if I hadn't peed once in my entire 2.11 year life" dance. That's the dance that demands action.

We're LITERALLY stopped on the freeway, coming from a delightful day in Galveston. To complete the day, I'm screaming (it's more of a love shout, don't worry) "Find a pull up, there's gotta be an extra!!!"... when my daughter bursts out with "THERE'S A DIET PEPSI!!!"... more love shouting from me.

AND it dawns on me. He's going to pee in that bottle. Yep. He sure is. However first I must empty it of its contents. Daughters chanting "CHUG CHUG", son screaming "i'm gonna peeeeeee"..

And that was the day we stripped little man of his undies (and probably dignity) aaaaaaaaand he aimed that tiny wittle wee into the empty bottle of Diet Pepsi on the middle of 145! 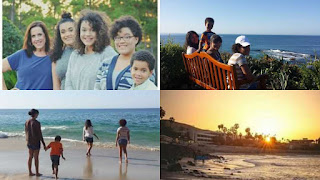 As a parent I have to be creative to carve out "me time": watching TV, reading, drinking coffee, taking a shower, getting dressed, going to the bathroom, exercising. Basically all the things that people without children do and take for granted. Don't get my wrong, I love my kids and it is nice to snuggle with them and read to them, but they bore quickly of "All the Little Pieces" and "Slaughterhouse Five". Plus I am just not found of bathing with bigger kids anymore. It's weird now.
So my "me time" is waking up super early and running. It is quiet and peaceful and if they wake up, they can't catch me.


The other day I woke up to run. I was very happy. This being said, I was about a mile away from my house and I could tell something didn't agree with my stomach. Two choices: 1. Go back to the house and be sensible, but miss my "me time". 2. Continue to be a boss and run. I decided to I had the skill to hold everything in no matter which way it thought it was coming out and continued to run. This is when I realized it was not going to be vomit. I felt like intestines were a pushy lawyer and butthole was the judge. I pressed on. Should I run slower and try to contain it? Should I sprint to the house knowing that would make it come out faster? By this time I rounded the corner and was probably about a quarter of a mile away I knew it was over. It was still dark too. I looked around for anywhere I could go. Thinking, "I could go in this ditch and just pray a car doesn't come by." I started to sprint for the house. I made it! I made it! I ran through the wet grass and straight to the closest bathroom. Crap, a kid was up and in there. So I ran to mine. My shoes were wet and I slipped and ate the floor as I simultaneously pooed myself everywhere!!!

All I could think was thank God I take a shower in the morning anyways and apparently "me time" is overrated.

P.S. No pictures will ever do this story justice.