- Olive has become quite the fashionista. So lately as a consequence due to bad behavior, I make her wear denim shorts. It's remarkably effective while simultaneously hilarious.

- Titus found some an old x-ray of my back and thinks it is some form of art. 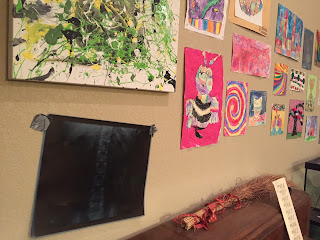 - For the last two days my pee has smelled exactly like boiled peanuts. Most responsible adults would search Web MD for a cause. I found myself googling "Cajun Boiled Peanut Recipes".

- Neela has not only thought of her Halloween costume for this year, but made it as well. Ladies and Gentlemen I give you my 7 year old's original costume idea. 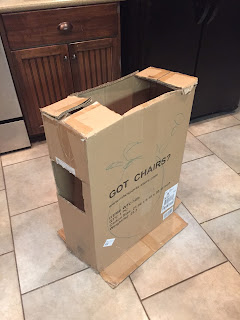 - Before bedtime each night, Stevie started the traditional of having one minute of hyper time to help get everyone’s energy out. She calls it “Jolly Fun Time”

- Many of you have seen this but it's too good not to share again... We were at a "Finding Dory" birthday party a few weekends ago. When got together for a family picture, I told everyone to act like a fish. Titus is still working on his fish impression apparently. 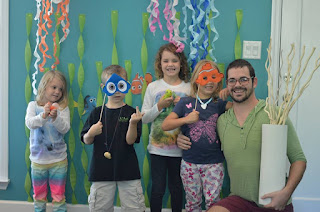 - The other day, I took my kids to work with me after school for a few hours. While they were up there, they invented a new game for us to play this weekend. It's called "Good Worm, Bad Worm". From what I can gather, here is the game in a nutshell: There are two boxes. One contains gummy worms, the other an earth worms. The boxes are shuffled before each participant begins. When it's your turn, you point to a box and eat its contents. Delightful.

- Stevie is convinced this is me.

- Neela “accidentally” left her shoes at our friends house the other day so we could wear her frog hunting boots to school.

Olive asked if she could make me dinner a few nights ago. The menu included: uncooked turkey bacon, a jalapeno, crushed ice, a hot dog bun with grape jelly, and milk 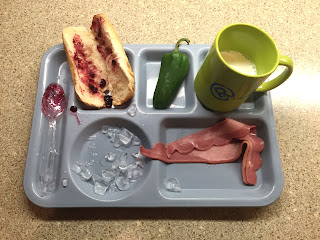