Finding My Confidence After the Divorce

I’ve always enjoyed being around people and considered myself an extrovert; however, I was always kind of shy growing up if I was on my own. I think I really depended on my close friends or older brother to kind of break the ice for me. Being a shy extrovert is a weird thing. I love to entertain a crowd and just make people laugh in one on one conversations or groups. I was always just so terrified of the initial meeting; I think partly because I always just dove way too deep in a conversation or did something weird to break the ice and I always just came across kind of weird. So, I kind of just made a few close friends to have people to be around, but eliminated the need to constantly meet new people. Side Note: One of my best friends who I still talk to frequently, I met at the beginning of 9th grade. We immediately started a close and fun friendship. The fun thing about our friendship is that a few years ago, she told me that for the first few months of our friendship, she thought I was “slow”. Like mentally challenged and taking special classes in high school. I’m dead serious, she says, I didn’t think you were mentally retarded, just sort of Forrest Gump slow. You just smiled and waved alot." hahahaha. I told you I’m wasn’t good at first impressions.

"Momma always said making friends was like a box of chocolates.
There's always one that's a nut on the inside."

Anyways, I think one thing that really helped me really expand my horizons as far as initial confidence in new friendships was marrying Crissy. She can walk into a room of seven strangers and walk out with seven new friends. I think that’s one of the things that I really liked about her. I loved it too, because once we were married, we would kind of be the front man and meet all of these new people for us and I could kind of lay back until I was a little more comfortable and then kind of reveal my weirdness and awkward humor. For example, she set up this dinner thing (long before we had kids) with her high school friend and her new husband. We walked in and they hugged and did a little catch up session. Once they stopped, I looked at three of them, took a bouncy ball out of my pocket and said “Watch this” and just started chewing and eating the bouncy ball. Of course, I thought it was hilarious. Everyone else there… not so much. 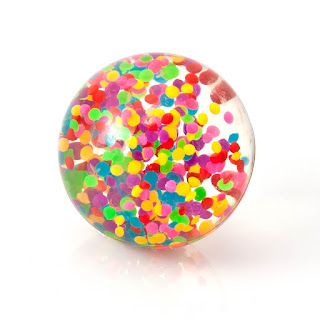 Nice to meet you Jerry. Want to see something cool?

Being around someone so bold in meeting new people, I got comfortable in her doing our first impressions and me being the long term kind of friend. So I never really make myself grow in that area. Once we divorced and it was just the kids and me, I think that was the first thing I noticed. “Seth, you gotta learn how to quit being so shy and meet people.”

It was tough because I really love being around people and making them laugh. Being kids all the time is awesome, but I enjoy adult interaction from time to time. Now don’t get my wrong, I have a TON of amazing friends that I’m dying to get together with, but unless you’ve been divorced or separated after a long relationship to hang around my "Seth and Crissy friends", it’s hard to explain why that can be a bit challenging. I guess, I still always feel one of two reasons:

Reason One. People are trying really hard not to bring up Crissy. It’s awkward for them. Me and Crissy were tight TIGHT. We are still friends, but I guess I feel like I don’t want to pressure people into having to dance around the topic. I figured I’m moved on and eventually the thought of Seth and Crissy will kind of just fade away and it won’t be as awkward, but I do think it hit some of my close friends hard. Plus, I don’t like to talk about the details of our breakup. I don’t know what people have heard (truth or lies). I don’t want to have to discuss it, but I’m sure our old friends would like to know some kind of truth, It just feels like I’m putting old friends in an awkward place sometimes by coming around. I know my friends are awesome, it’s just something I gotta work out on my own.

Reason Two. I’m in major third wheel mode. I’m at the age where most of my friends are married. Not only that, but when you roll up to a friends house and your family resembles clowns unloading out of a car at the circus, that can be intimidating. When Megows show up somewhere, we make our presence KNOWN son. We roll up and roll up hard. Sometimes I feel like my parked van at a new place is similar to the opening scene of the first Jurassic Park with that velociraptor. Once I open this door, all craziness is about to break loose. That feeling combined with the third wheel is just too much at times.

The Megows are here....
Even though I love my friends and think they are the best ever, I think I’m also kind of drawn to meeting new people that can understand my current situation. This is where I was horrible at. Meeting new people. With balancing work and the kids, I was kind of thinking I would just be a hermit for this season of my life. Not by choice, but I didn’t have that person to help me break out my shyness like before. Also, during my marriage I think I did built up some sort of confidence that I was pretty cool and funny. Once she left that really kind of messed up my self-confidence. I mean if the one person that you were closest to in the entire world just kind of lost interest in you, that junk can mess with your brain. When she left me, I was pretty much a wreck. We had been together so long and she knew every. single. detail. of me. I guess it was my worst fear trying to manifest itself in my mind. Especially, since that was kind of the reason I was always kind of shy my whole life. It was a tough few months at first.

However, I think I got tired of moping around. Also, I didn’t want my kids to see that dad wasn’t confident in the person God made him to be. I was afraid that lack of confidence might affect them as they got older. So I told myself, I’m just going to me and put myself out there, but it did practice. I knew I couldn’t just walk around with a pocket full of bouncy balls ;) I think I really tried to brainstorm about what my strengths were and use those to my advantage.

I kind of narrowed it down to few things. The first is kind of weird, but I have a good memory and can notice small details. Whenever I would meet someone, I would do a quick scan of their clothes, their car, their office, etc., just anything I could. Immediately, I would ask about something or compliment the first thing that stood out. Then I would pull every amount of knowledge I had about that subject. For example, if I met someone at church and noticed they had cool glasses, I would just start talking about how I like their frames and then talk about cheap ways to order glasses online. Or if I saw somewhere wearing a football team hat, I would pull from my very limited knowledge of football. I quickly learned that if you approach people with a smile and show them that you are actually interested in getting to know them and take time to notice little parts of their personality, they will typically open up eventually. Until you get that friendship off the ground, you’ll always have a topic of conversation to make small talk with (I’m horrible with small talk, so it helps).

I met this one guy who I thought seemed really interesting and smart, but wasn’t really having the goofy Seth routine. Finally, I heard him listening to some Motown. I knew I had him ;) We sat and talked about the Tempations, Otis Redding, the Chi-lites, etc. for quite a long time. Every now and then I’d email a song or we’d talk about a memory associated with a certain song. I guess I learned to approach everyone as a potential friend, I just have to find the connecting string, whether it be music, food, kids, body odor, or embarrassing teenage stories, there’s always something that connects everyone to any specific person. I just gotta focus on finding a detail to break the ice and hope I have enough stored in my big mouth to make a conversation out of it. 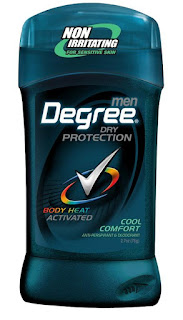 "You think you have bad B.O.?
Tomorrow, I'll skip my 12 minute application of Degree and we can compare smells."

Another thing I do to make friends is just be kind. Just being realistic, we don’t have time to help every single person we meet, but offering to care for someone’s pets while they are out of town or noticing they like taco bell and buying them a $5 gift card just because, can really go a long way. I’ve learned that I can get kinda of weird or intense, so to avoid over analyzing what I say, I kind of go with the Michael Scott approach to starting conversations.

Since I am aware of the fact that when I open my mouth I know something random or some corny joke will pop out, I’m pretty conscious to try to ground the friendship with something normal first. I think overall, it’s helped. I’ve made a lot of new friends and starting to reach out to my old friends that I miss so much. 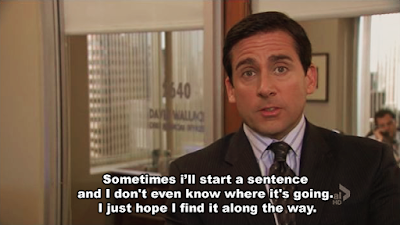 This is pretty much me in every conversation I have.

Mostly, I’ve learned that I’m awesome. Everyone is awesome. If you don’t think you are, you’re lying to yourself. You are freaking awesome just being yourself and people would be super pumped to get to know you. And don't worry if you're weird, the best people are (and they make the most interesting friends and companions).