The 5 Headed Hydra or The 5 Love Languages (Part 1)

Tonight, we went grocery shopping. I honestly think four kids aren’t that many nor is a single dad a crazy sight, but I guess the combination is a lot for some people. My kids were legit well behaved tonight. Just laughing, talking about costume ideas, and telling jokes. Stevie –  “Dad. Thanks for going under there.” Me – “Under where?” Stevie – “No thank you dad. I don’t want to see your underwear.” Hahaha

Anyways, tonight I got quite a few tag alongs as I like to call them. People just kinda watching us from around the store or just following us down each isle we walk. Normally, these people are just sweet people who think that us 5 are something fun to look at. But recently, I have noticed somewhat discouraging.  Well, not discouraging per se, just not ideal. When I only have one or two with me, people tend to focus on each child as an individual rather than a massive part of this 5 headed hydra monster walking down about 5 isles looking for pizza ingredients. 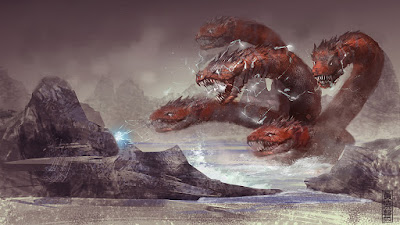 Excuse me mam'. Do you know what isle the sliced olives are on?

Just spending time getting to know each individual child (my kids are always ready to talk about their latest bowel movement or how their dad has a hairy “Santa” belly).However most of the time strangers just saying something like “You are brave to take them out alone. I bet you won’t be doing this again.” I just smile, crack some corny joke, and keep walking. Really, I’m not a big fan of those comments. Actually, I had three people tell me some version of that exact statement tonight. I don’t really mind those kinds of statements; mostly I hate my kids being grouped into a burden for their dad in some people’s minds, when in reality the shopping trip is way more fun with them there. Neela spend the entire shopping trip walking up to random strangers and saying “My dad has been talking about you. Do you want to meet him?” hahahaha. It was hilarious. Titus spend the entire Walmart trip telling me how he was going to brew some coffee when he gets home so he can stay up all night and style his hair. I know it sounds intense and out of left field, but I hate hate the idea of my kids awesomeness getting skipped over simply because there are four of them. 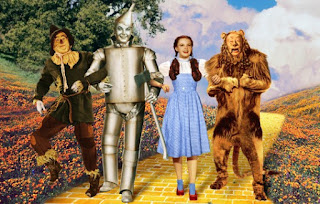 Another fun group of 4. Just not with as much personality as my crew ;)

That’s my rationale of parenting styles. I’ve heard about every single parenting tip, strategy, method, etc. there is on the planet.  I know about strict scheduling or just baby/child led scheduling. I’ve heard and read about the one million different forms of communication and structured time. I know the arguments for and against positive reinforcement parenting. Believe it or not, every though I’m a dad, I kind of get some of this stuff. All men are not that dumb. However for the most part, we are all at least a little dumb J But back to parenting styles, I say whatever works for you, just do it. If you want to read 17 books on co-sleeping vs their own bed, go for it. 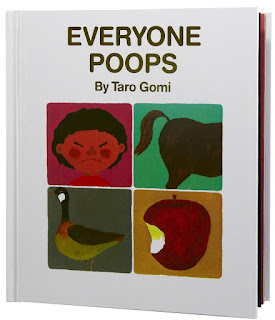 Pretty much the only book I recommend to new parents

I think all of that stuff has to change overtime as families mature and age. There’s no one size fits all. So that’s why I am pretty confident in my parenting style. It’s the Megow method and I’m pretty sure as heck it won’t work for anyone else but us.

I’m well aware that my kids don’t dress the cutest, are somewhat weird, and have strange little socially unacceptable quirks specific to the Megows. That’s cool with me. I really just have one job. To love them and make sure they love others. It’s hard to do that individually since my schedule is so tight, so I sacrifice some things in order to make it work. Should I scrub my much needed to be cleaned bathroom or sit and color a picture with Olive, duh “make brownies and then color a picture with Olive”. Hahaha. I guess what I’m trying to say it I think my parenting style is just finding out my kids love language(s) and just piling on the love all over them as much as I can. There’s a difference between spoiling a kid and loving a kid. I firmly believe you can never love a kid too much. Like I said, I hardly have any free time or nor extra money, so I like to make a calculated effort on how to maximize time spend with my kids. I do that by really diving into their little worlds and figuring out what REALLY matters to them.

The love languages are “Kind Words, Acts of Service, Gifts, Quality Time, and Physical Touch”. I’ve always known about these and enjoyed pinpointing peoples and trying to pour directly into their specific way of showing and receiving love. However, when my life kind of flipped upside down a few years back, I realized that chilling fact that I’m about all my kids have on a day to day basis. So I really paid close attention to their little quirks to figure out what theirs were.

Stevie - 1) Quality Time and 2) Physical Touch
There’s nothing in the entire world Stevie loves more than having “alone time” with Dad. I can’t lie; I adore how much she adores me. I know it won’t last forever, so I really try to soak it up while I can. Every. Single. Night. Stevie finds me and whispers that she wants to have alone time in my bed. So we both sneak off and just talk. She tells me little things and secrets. She tells me every day that she’s going to marry me when she grows up. Of course, I say “I would love that”. Stevie is secretly turning me into a big softie.

Some people might demonstrate their love in a different way they choose to receive, but Stevie’s pretty straight forward about that stuff. She loves to lay down face to face with and stroke my beard. I promise that girl would sit and do that all night. Hahaha.

I’m pretty confident of this because she’s drawn to people who are sweet and calm. There are not many places she will spend the night away from dad, but the one place she agrees to every time is “Aunt April’s”. I think it’s because they have similar love languages. April is very calm and warm. Stevie loves to just sit with her and color or talk. I love that she has found an older woman she feels comfortable around again. 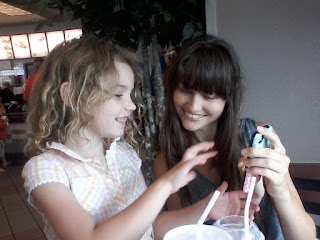 I’ve been extremely protective of who I let her be around when it comes to adults. I’ve said it before, but she took mom leaving the hardest I think. Some of the other kids still felt some love through their love languages, but Stevie really requires one on one time and close personal contact. When she was robbed of that quality time, her little brain got pretty mixed up on the concept of a mom.  I think that’s why I’m so so intense about giving it to her. Honestly, screw the laundry. It will get done eventually. Playing with my baby’s hair while she lays on my chest is much more important that a pile of clothes.

Neela - 1) Acts of Service 2) Physical Touch
Neela’s a bit of a gambit of the love languages. Partly because Neela “can” be a little introverted at times. I know it sounds weird since she’s always talking to people and cracking jokes. But the more I sat and observed her behavior; she gets really energized sitting by herself outside and being around nature and animals. I think I can spot Neela’s act of service as of late pretty clearly. I can pretty much guarantee that if I’m having a bad day and am acting sad, the kids pick up on it quick and all do their little things they know will cheer me up. Neela is such a little do’er. The other day I was just sitting at the laptop working and feeling super overwhelmed. All of the kids were just playing with toys and running around the house while I worked. About an hour into my work Neela comes in and takes my hand and walks me around all the rooms she had just cleaned. She walked me around to the “clean” bathrooms (she cleaned the mirrors with baby wipes and the floor with glass cleaner, hahah) and to the dining room that she decorated with rocks from our ditch. Every time I think of Neela Grace (after I cycle through her bullfrogs and love of random, huge dangerous animals), I always think of all the times she has surprised me with doing something she sees me doing time after time. She’s currently the only one that has taught herself to fold laundry, use the steam mop, and sweep into the dustpan. Geez, I can’t even talk about how many times I was about to lose it or give up for the day, when Neela just surprised me with something so sweet, I just broke down crying. That’s the kindness I get scared people will overlook with they just see a big group of little Megow kids. Just pure love.

However, Neela is also a big cuddle bug. Hahaha. I might actually change this one if I could… I’m kidding, but this kid is like me. She’s a little sweatbox and loves to sleep with, on, or under me. At night, she’s pretty much like that little guy from  Total Recall under that dudes shirt. Hahaha. Like a growth off of my body. She sweats so much on me, I kinda have to peel her off my leg or back every morning. 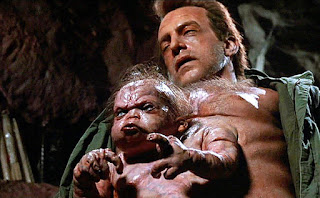 Neela, time to wake up.

I complain, but I truthfully love it. She loves having her back rubbed and holding hands when we walk as a family. If you ever watch our family walking into a store or just around town, I can pretty much guarantee she’ll be the only one not running ahead. My Neela will be right beside me holding my hand.