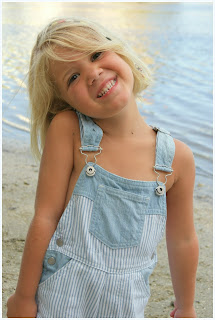 After writing my post about Stevie, I was busting at the seams to write about Neela Grace. If you have followed me for a while, you probably know Neela is the goofy, loveable, and dreamer of the mix.  She is pretty much ALWAYS doing something hilarious.

I mean the moment she was born, she was cracking me up. She a big ole red stork bites in the middle of her forehead and the way she held her head and face in a Jabba the Hut fashion. I mean, she was super cute, but the way she carried herself and her little facial expressions cracked me the heck up. 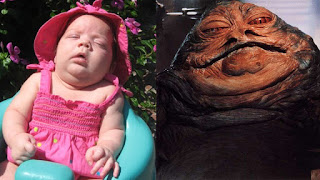 Neela is the kind of person who legitimately makes friends with any human she comes in contact with. I promise every single time we go out somewhere, she makes a “best friend” and they just have the best time together. I can’t tell you how many times, I have to literally stop her from walking up to her new friend’s mom and inviting herself over to spend the night. That night.

Everyone that meets Neela instantly loves her. She is such a little charmer. She is always off in her own little world just daydreaming about being some “aminal” or that she could jump rope with her hair. One time, she did something dangerous like run out in the road or something like that. I remember it was an accident and she wasn’t trying to be bad, so I sat down and talked to her face to face for like 3 or 4 minutes VERY intently about why we DO NOT run in the road. I spoke really slowly and made very clear statements that she would be able to understand; the whole time she was nodding her head and looking me straight in the eye.  I was really happy with our little talk and thinking it really helped. We were still locking eyes, so I asked very calmly “Neela, do you understand why you can’t do that anymore?” She thought for a minute and asked “Daddy, how do squirrels fit so many acorns in their mouth?” hahahaha. I just died laughing.

Neela absolutely LOVES Jesus. Her favorite song is Jesus paid it all and she loves to read the Bible. Sometimes I feel bad, because after Bible/dinner time, she wants to just keep reading and reading, but I have to say no and that we need to get ready for bed because we have school in the morning. Telling your kid that you can’t read her anymore Bible stories makes me feel so bad :/ One of my favorite Neela stories was that she came home one day from school and was just sitting down on the couch thinking quietly. When we asked her what was wrong, she said that someone in her class didn’t love Jesus. We said “Well, you should tell him about Jesus.” She said, “Yep, I was going to do that, because once you know about Jesus you just love Him.” :D

My Neela (or as Stevie would say Neena,  or Olive would say Weewa, or Titus would say “Neewa”) is such a little giver and sacrificer. If we have three of something, she is mostly always the one to volunteer to go without. I think I said before, but she has literally given the shirt to some “best friend” she made at the playground because they liked it. When we were picking out birthday presents, she picked out something. I said “Josie (her friend) would love this.” She responded “Yeah, I know, if I get it I’m going to give it to her.”

However, some people can’t handle her little personality. She is VERY excitable!! :D Her major excitement and natural blondness kind of takes over and she can have a very hard time paying attention or concentrating. Actually, last year she struggled in Kindergarten a little. I know she’s smart and when I talked to her teacher, she said so too. When I approached Neela about why she wasn’t excited about school work or staying focused, she simply replied, “When I grow up, I’m going to be a zoologist in Africa. So I need to go to a school that only teaches me about aminals.” 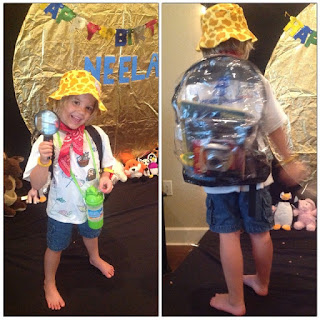 I made her a zoologist kit and outfit for her birthday.
She was in heaven!

Needless to say, Neela Grace LOVES being outside and everything nature, hence the nickname “Nature Neela.”  The thing I love about Neela is she loves isn’t the kind of kid that just loves puppies, kitties, or ponies. I mean, yes, she loves them too. But she loves every single creature on earth. She got mad because I wouldn’t let her have a pet wasp. :D On Easter morning when all of the kids were hunting candy eggs, I found Neela deep in some shrubbery and sticks digging around for slugs. When everyone brought in their eggs to let my Mimi (my grandma) what they had found, Neela opened up a plastic egg full of these snotty looking slugs right in her face. Let’s just say, Mimi clearly was not happy to have slugs on her table during Easter lunch. She spent the rest of Easter lunch letting her slugs crawl all over her since they were not allowed on the table. That’s the thing about Neela; she just really assumes everyone loves her critters just as much as her. She is currently begging me to buy her a chinchilla for an inside pet and a peacock for her outside pet. 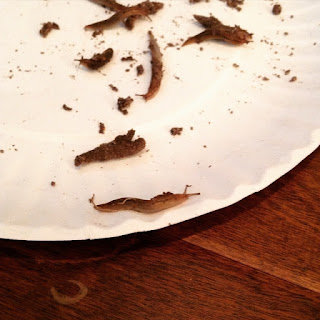 Easter Slugs.
Seriously though, there's alot higher probability there was slugs
in that empty tomb rather than eggs. 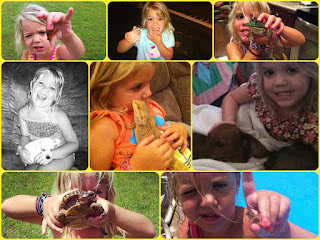 One other thing I LOVE about her is Neela is Neela. She knows she’s special and different, and just embraces it. I have heard some many adults tell her why she shouldn’t be a vegetarian, but she just does what she feels is right in her own heart. The other day I was picking all the kids up for school and Neela and I had this little conversation. 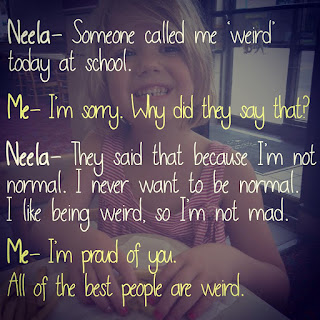 She absolutely loves to dance. In fact for her birthday she wanted an animal dance party. So we made costumes, a stage, found music, and gave her dream party. Big shout out to my best bud April. She was a big help with this party. She’s the moth in the video ;) However, Neela does things that crack me up. I mean she has zero fear of meeting new people or striking up conversations with complete strangers about how the color of their shoes will probably attract bees and asks them if they can trade shoes, because she wants to start selling honey at school to make money to buy ice cream. Hahaha. Anyways, we did all that prep work and she suddenly developed stage fright. Its funny how Neela can make best friends with anyone in a one on one setting, but is paralyzed with fear on stage, while Stevie is the exact opposite.

I feel like I have special bond with Neela in the simple fact of her birth order. Stevie’s the oldest, Titus is the only boy, and Olive is the youngest. I’m the same thing in my family. Not that I ever felt like a middle child or anything; neither does she I believe. Mostly, it’s just a special little connection that I can relate with her about. 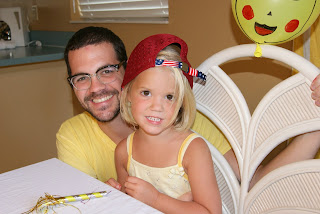 Here’s one funny story about Neela. She always says she has a “boyfriend” in her class. Every time, I explain that we don’t have boyfriends until we are a grown up. And then I ask, “Neela, why do you think this boy is your boyfriend.” Every.single.time., she responds  “Oh, because he has money! He buys me ice cream.” Hahahaha. For some reason that just cracks me up.

Ok last thing. Neela LOVES to go frog hunting. She is a night owl like me, so at night once all of the other kids are asleep, she loves to walk around the front and back yard looking for critters. We have been frog hunting together for years, I think that when she grows up, she is really going to cherish those little frog hunting memories. 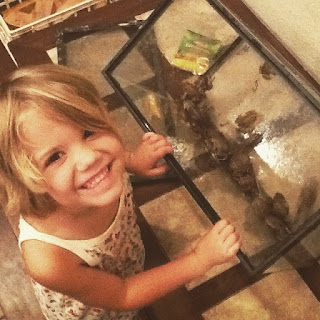 41 frogs! That was a record setting night :D

Well, that's my sweet little Neela Grace. And as always, remember to... 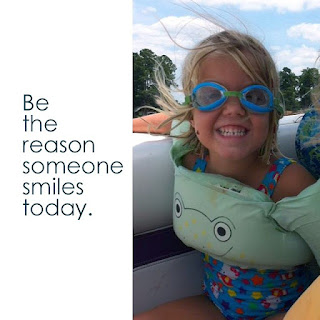