Sometimes Neela dips her popcorn in water. She says she likes "the flavor". Once just ground up some of her popcorn, poured it in her water cup, and drank the whole thing. 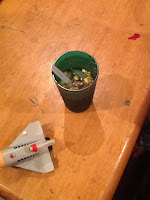 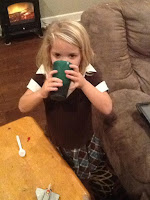 Titus is currently running around the house in his complete Blue Power Ranger outfit doing karate moves and singing "Eye of the Tiger".

When Olive was only a one year old, she used to walk around taking selfies (she did not learn that from me, hahaha) 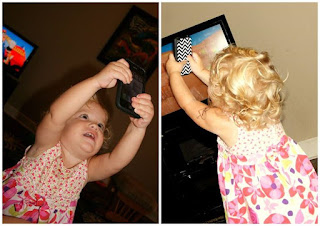 Neela is constantly declaring herself the "strongest kid in the house" because as she puts it "I can pick up a seven year old".

For some reason, I find it absolutely hilarious during election season to collect an election sign from every single candidate and display it in my yard. 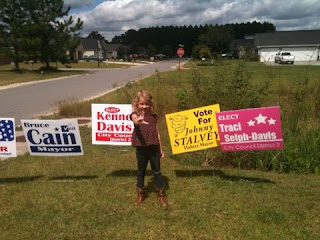 Ever since Stevie was a little girl, she loves to sit and watch THIS VIDEO at Christmas time on repeat. Not listen to the song, but she actually wants to watch it.

Currently, Titus is the most fashionable dresser in the family. Stevie is all about comfort, Neela wants to look like "nature", and Olive simply states she needs to wear only "princess clothes". Titus, however, will wake up early to pick out his clothes. One time I asked why he likes wearing nice clothes. His reply was simply "pretty girls" :D

This happened during a little photoshoot of Olive. We didn't notice until we were reviewing the pictures later that night. 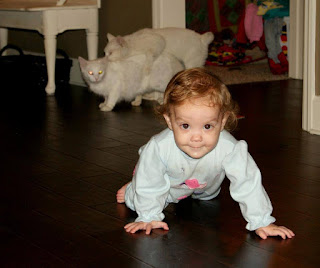 Bath time in our house can go from "Disneyworld Excitement and Laughter" to "Medieval Torture Chamber Screaming" the moment the kids see me reach for the shampoo.

The last time I shaved my beard (to be Batman), Neela walked up, examined my face, said "you look gross", and walked away. 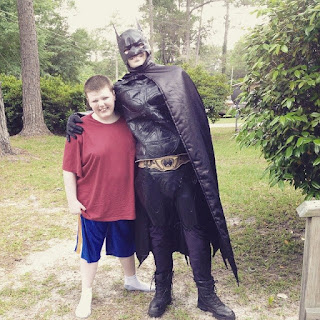 On the topic of beards, Titus is beyond belief excited to grow a mustache, because he is convinced they are made out of wood. 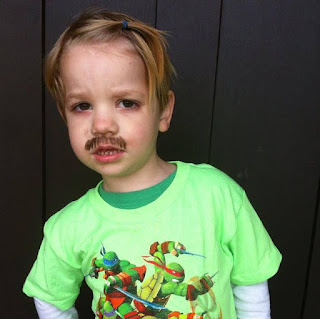 One time when Stevie was around two or three, the UPS guy came to deliver a package. He and I were just standing in my doorway talking for a bit and Stevie walks up behind and hands him something. He takes it and we both look at it. Yep, Stevie brought him her parent's bottle of  KY jelly. Needless to say, the conversation wrapped up rather quickly.

Recently, I developed some deep feelings for certain girl. I tried my best to win her over, but to not avail. I started writing down funny little stories in my head just for myself to distract me from being depressed. It started to get really funny, so I decided to turn my journal into a blog. So that's why I started the blog. Isn't that men everywhere do anything? Some girl... ;)
Posted by Seth Megow at 7:05 PM